In traditional Oriental medicines, “man” (in the broadest sense of the term: the human) is positioned between the Sky and Earth.

They constantly and simultaneously received energy from these 2 elements and, in fact, must bear and abide by the laws that govern them.

Great Oriental doctors have studied and codified these laws for centuries, adapting them to “man” so that they can live in harmony with nature and the universe.

They managed to define principles and laws, such as the universal principle (Yin Yang), and the Universal Vital Energy (QI).

QI comes from breathing and eating, energy and material. That is to say 2 contrary things, 2 polarities.

There is always a balance and a precarious interdependence between the Yin and the Yang.

There is always a bit of Yin in Yang and Yang in Yin, which explains the symbol: 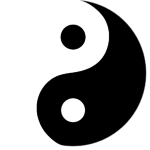 Here are a few definitions:

Each of these relationship changes just as the natural light during the course of a day.

The 5 levels of Yin and Yang

Different levels of Yin and Yang have been defined:

The great Oriental doctors have linked the seasons and natural elements to correspond to these 5 levels. For each season and element, they have laid out a multitude of information to explain, as carefully as possible, to what each corresponds: Colors, planets, musical notes, organs, meridians, psychological profiles, qualities, defects, predispositions to disease… etc. There’s no limit …

This is the classic classification by element, which the Chinese have ordered, and could be made complete with planets, musical sounds, semiprecious stones, etc.
Here, the flavor is the one that reinforces the element.

This table describes the flavors’ effects on the body.

This classification applies to food through:

This concept constitutes a major difference between Western food and Oriental energetic nutrition.

The latter does not only care about the chemical or biological analysis of each food.

It’s based on the observation and study of the role and effects of each food (or food group) on humans, including:

This is a comprehensive and holistic vision: food is not only to feed the body but to maintain it in all its components.

Classification applied to some foods 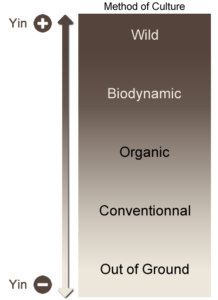 The vitality of food

Ideally, we should consume foods that have the maximum of Yin.

In fact, if foods are altered too much, devitalized too much, it is from our own reserves that we will have to draw energy, and in the long run it will weaken us.

The vitality of food essentially depends on the method of cultivation. The more natural the cultivation is, the higher the level of Yin.

The flow of energy in the human body 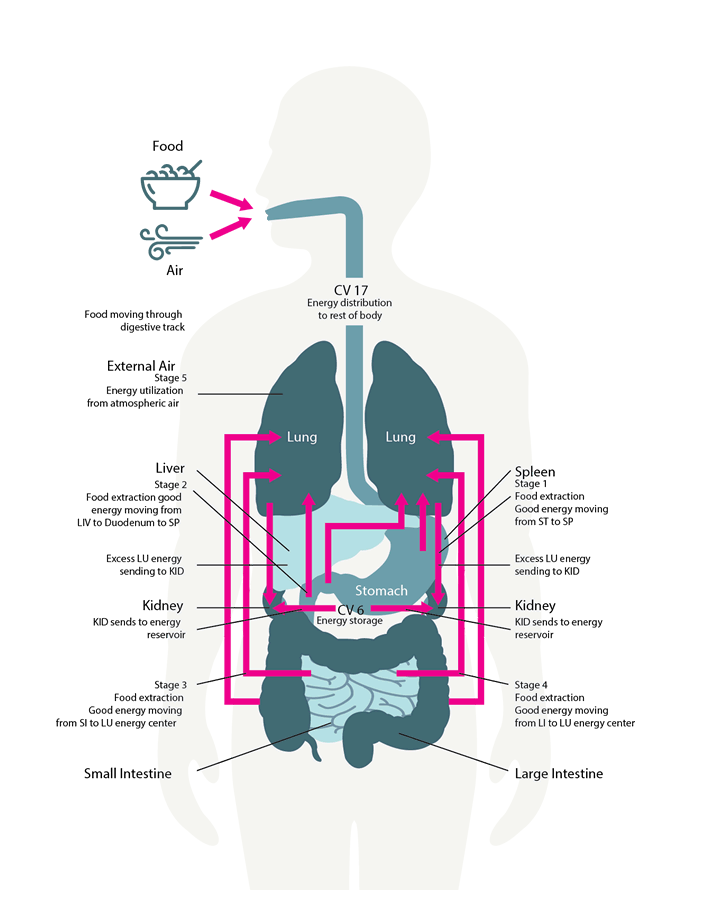 Important points for an ideal meal

Harmonize your choice of food

Find a balance in the stomach

Optimize your stomach’s activity without spending too much energy, the ideal schema is: 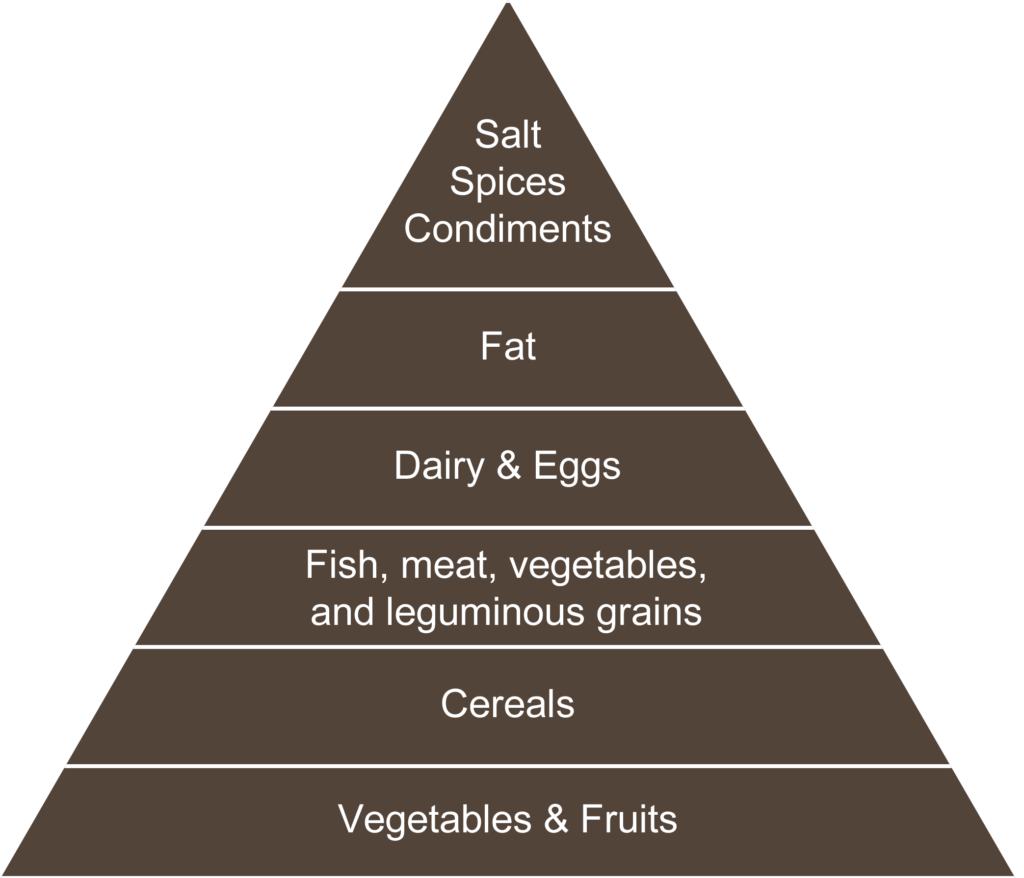 In order to respect the rules detailed above and maintain food hygiene, GAIA THERAPEAT commits to:

According to Oriental nutrition standards, the foundation of a good balance and good health is through a trio of organs: Spleen. Pancreas. Stomach.

Our recipes are based on these standards. Their composition has been adapted to 8 Universes thanks to a precise selection of foods, without forgetting taste and creativity. 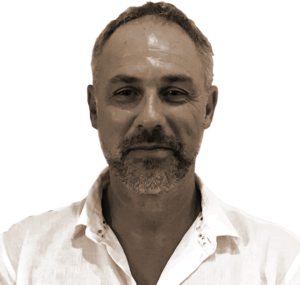 From a young age, Olivier Boyer has been passionate about sports. When it came time to choose his course of study, he naturally turned to physical therapy. He uncovered knowledge of the physical body and its functions: how to rebuild the damaged, injured or suffering. He discovered massage, as well as oils and their virtues.

After a few years, he began to notice the limitations of physical appearance in therapy and decided to educate himself on the importance of mindset, spirituality, and energy. He discovered biokinergie, Chinese traditional medicine, Doctor Bach’s floral elixirs, colortherapie, Auriculotherapy, meditation, visualization, nutrition, Ayurveda, and the chakras.

It has been over thirty years since he began this journey into an exciting world without limits.
And so it’s with much joy and pleasure that he has put forth his knowledge to create and develop GAIA THERAPEAT.